My time photographing on Ramea has come to an end and I’m boarding the ferry Gallipoli back to the mainland of Newfoundland. It’ll be a couple of hours on the boat, disembark in Burgeo, then across the whole island once again to St. John’s. Gonna have to stop and get some chocolate covered crackers to sustain me on the trip back.

There’s not much to do on the ferry except sit and sleep, sit and watch the scenery and/or people, sit and eat, or sit and confess to the minister sitting next to me. This is the very same minister I met in church on Sunday on Ramea! She recognizes me immediately. Busted! 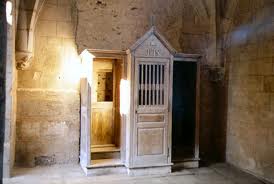 In all fairness, she’s a very nice person and from my point of view not a bad minister either. But, I was really hoping to be gently rocked to sleep by the boat’s motions, not get engaged in some ecumenical discussion of Goethe, Schleiermacher or the manichean view of right and wrong, darkness and light. (Just showing off here.) Thankfully, that is not what we talked about.

Instead, we talked about the plight of rural Newfoundland and the questionable future of communities such as Ramea. It confronts the same fishless future as all of the other outports with the added element of being an island dependent on sustenance and other commodities from the mainland. It is not a hopeful outlook. I agreed and told her that was what “Arn? Narn.” was to be about. She seemed to like the idea that this story would be told outside of Canada.

The Rev told me of some very small outports barely hanging on by their fingernails. How small? Try 8-10 people. Way too small for the government to provide services so eventually the fate awaiting them is of choice: the first is to resettle elsewhere; the other – die. Quite a template for survival and very depressing.

By and by, she told me I had created quite a stir on the island. It seems that within hours of my arrival, people were all abuzz of some guy wandering around taking pictures of laundry lines and things. (“Yes, ma’am, I’m from the Queen’s Laundry Quality Inspector’s office and your whites are quite nice really, but your colors…”). 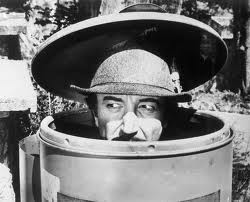 It is after all a very small island. Everyone wanted to know who I was and what was I doing there. I’m sure that after my initial visit to Red’s Lounge, most fears were put aside by Gerard. Probably not yet by Jimmy.

So, when I showed up in church, they certainly wanted to know who I was and why I was there and what I was doing and where I was from and how I found out about Ramea. You know, the basic Journalism 101 questions: who, what, where, why, when, and how stuff. Now, when my new minister friend would report back to them at their next service, she could answer all their questions and confirm that she had dispatched me back to from where I’d come. Good minister!