Posted on August 1, 2012 by Bruce Meisterman

All the good stuff that goes into conceiving a child is great. It’s the fodder of legends, songs, stories, movies, and art. And it only takes nine months. Then the hard work begins, years of being a parent which never really end even when they’re grown and move out. Nine months to the start and years to the conclusion.

Ah, but a book? If you’re writing about a topical event, it’s amazing how quickly such a tome can be brought to market. Breathtakingly fast. It was that way even before all the technological advances we enjoy today occurred. Now it seems like they spring up as fast as mushrooms after a summer rain.

However, if it’s a novel, an art book, educational, whatever, the gestation period can be agonizingly long. And that’s just to finish it. Someone has to publish it. If not you, who then?

The idea for my book Arn? Narn. was conceived in 2003. I spent a year researching Newfoundland, the type of clothes I would need when up there (in winter!), a camera bag that would hold all my equipment and still fit in the overhead bin of a plane, flights and car rentals, creating an itinerary around this very large island (thank God for the help of soon-to-be Newfoundland friends), and blah, blah, blah, so much more. 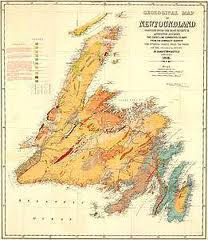 Finally a year later, I was ready to go up there and start photographing. It was an incredible two weeks. Traveling alone as a stranger in a strange but wonderful land was transformative. The work I did while there would keep me busy for many months.

As so often happens, what I photographed was what I wanted but sadly not what I needed. There was a story here that had to be told and this wasn’t it. So unhappily biting the bullet (oh, poor, poor, pitiful me), I went back up again one year later.

For three weeks this time, I again traveled alone throughout the province and did find the story that I knew had to be there. Now it all made sense. I could happily go home with the material I needed to do this properly.

So for the next two years, I worked in the darkroom producing the prints that would eventually become this book. I would spend more hours doing that than I had spent in five weeks in Newfoundland. I also had to write the narrative explaining what one would be seeing when they held in their hands Arn? Narn. That was to be one of the hardest parts of this whole project.

So, now four years after the idea was born, it was more or less completed. I went back up a third time, but with my wife with me. Check out some of the previous posts for that visit. I did photograph (hell, my wife took more pictures than me!), but I had all I needed for the book, so nothing was added from that trip. What I did need though was an agent or a publisher.

Finding that would take four more years. In that time, much was learned about this process so that the next book should not take quite as long. Now, just weeks away from publication, Arn? Narn.will be nine years in the making. That’s 63 in dog years!

Throughout those years, it has been a period of hope, expectations, disappointments, learning, hard work beyond the actual production of the book, and joy. This book, this baby of mine, will come into the world on October 1, 2012. Please join me in welcoming it.